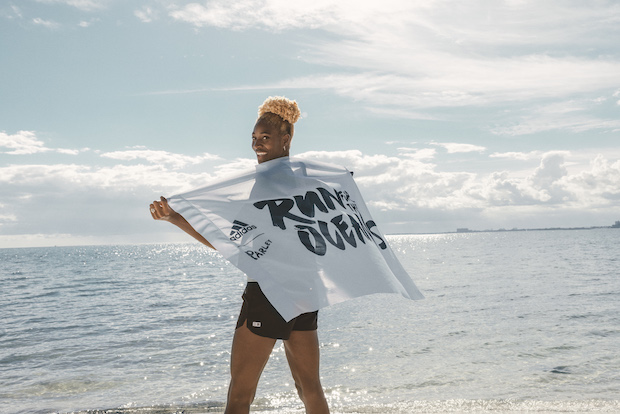 As we approach World Oceans Day on Wednesday 8 June, adidas and its longstanding partner Parley for the Oceans is once again encouraging the global sporting community to turn activity into action and Run for the Oceans in 2022.

Locally, the campaign is being supported by the adidas family of athletes and brand partners including Siya Kolisi, Zinhle Ndawonde, Thulani Hlatshwayo, Gerda Steyn, Aphelele Fassi and Tayla Kavanagh.

For the first time, new activities have been introduced to the challenge, making this the most inclusive Run for the Oceans yet. People from all parts of the global sporting community are invited to hit the street, the tennis court, and the football field, and unite to help protect the oceans from plastic waste.

The Change Made So Far

Launching between 23 May and 8 June, the event returns for its fifth year, with the ambition of mobilising a generation to help end plastic waste. Research shows that the world is at a tipping point, with it predicted that oceans will contain more plastic than fish by 2050**.

Since 2017, adidas and Parley have united over 8.2 million runners worldwide through Run for the Oceans, with more than 81.7 million kilometres being run in total.

Since the beginning of the partnership in 2015, adidas has made more than 50 million pairs of shoes with Parley Ocean Plastic and close to 18 million pairs in 2021 alone – these include plastic waste intercepted from beaches and coastal communities, preventing it from polluting the oceans.

We need action from everyone, everywhere to create true change and this year Run for the Oceans will expand to welcome in a wider range of activities – when we all come together, we can help make a world of difference.

For every 10 minutes of running from select activities, such as running, tennis or football, recorded by participants via the adidas Runtastic app or Strava, Parley will clean up the equivalent weight of one plastic bottle from beaches, remote islands and coastlines before it reaches the ocean, up to 250,000kg.

To illustrate the devastation that plastic waste causes in our ocean, adidas South Africa partnered with Innovocean to bring the first anamorphic campaign of its kind to life, at the V&A Waterfront in Cape Town. When the artwork is viewed from a specific vantage point along with the warping and bending of the 3D elements, it lines up perfectly to create an optical illusion that can only be truly appreciated when viewed in person. To highlight the tangible difference that this initiative is making, the team came up with two contrasting creatives.

The result is a mesmerising transition from a highly polluted ocean to one that is beautifully clean. This highlights the commitment made by adidas and Parley – join the Run for the Oceans Challenge and for every ten minutes of exercise, adidas and Parley will remove the equivalent weight of one plastic bottle, preventing it from polluting the ocean.