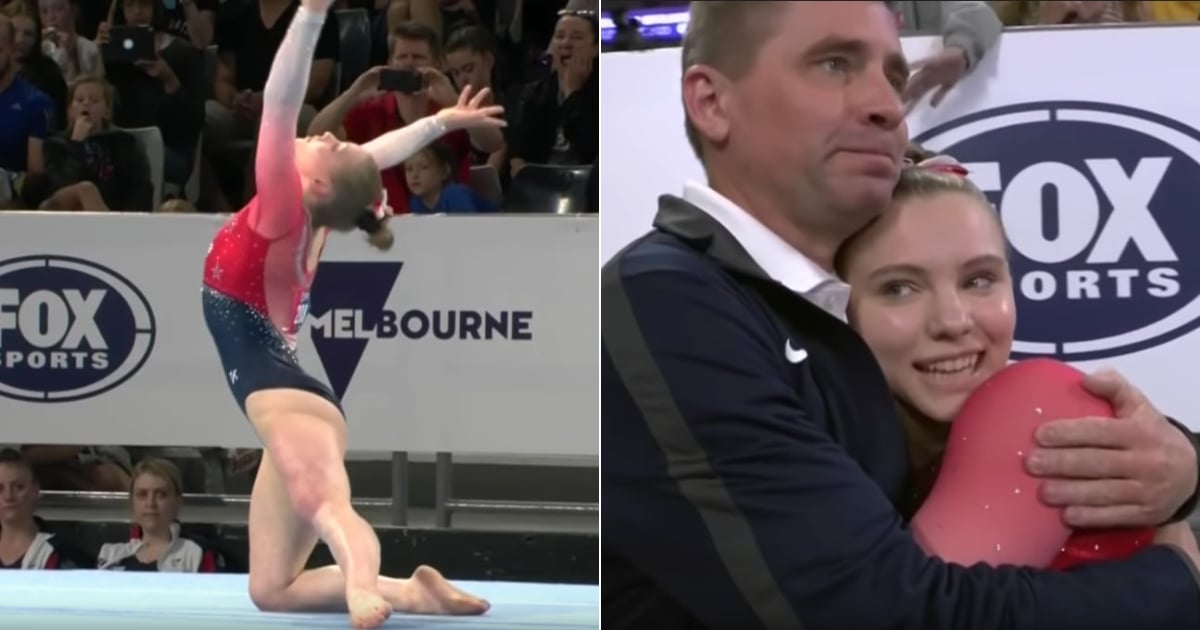 Gymnast Jade Carey inched closer to her dream of Olympic qualification on Feb. 24 in Melbourne, Australia. The American gymnast performed a high-flying floor routine that secured gold at a Gymnastics World Cup competition, and it’s not hard to see why: each tumbling pass had incredible height and execution; her split leaps showed off major flexibility; and she nailed one stuck landing after another. Jade ended up with a score a 14.366 — more than 0.6 points higher than her closest competitor.

The winning routine not only earned her a World Cup medal, but helps her on her way to the 2020 Summer Olympics. Jade, a two-event specialist, is attempting to qualify for the Olympics through the World Cup individual event route. If she’s successful, she’ll forfeit her spot at the team event, so she wouldn’t be able to win a gold alongside her US teammates. However, she would be able to compete for a medal in the individual events she qualifies in: either floor, vault, or both. (Jade’s vault at Worlds was second only to that of Simone Biles, AKA the most decorated gymnast in World Championship history.) She has to finish first in her events, based on points racked up throughout the tour, in order to qualify.

It’s a little complicated, but the upshot is that with every World Cup win, Jade gets a little closer to stamping her ticket to her first Olympics; she’ll know by the end of the World Cup series in March if she’s in. Fingers crossed — but if she keeps turning out routines like this one, we have a pretty good feeling! Watch Jade’s full, gold-medal-winning routine for yourself above.